Joann Lammons is a native New Orleanian who grew up in a real estate family. Some of her earliest memories are of her parents, independent real estate brokers, negotiating contracts and attending open houses. That early exposure was influential, and since joining Martha Turner Properties, later Martha Turner Sotheby’s International Realty, in 1999 as a recognized top producer, Joann has been included in the coveted Circle of Excellence every year.

Highly motivated and technologically sophisticated, Joann asserts that technology distinguishes serious agents. “I make it a point to take at least one technology update class a year along with my MCE,” she states. Joann seeks a balance of buyers and sellers, believing this equips her with insight and understanding of both sides and allows “not only successful closings but happy ones.”

Relocation clients are a particular strength for Joann, whose husband is a 30-year energy company executive. She works hard to ensure smooth transitions for transferees and their families, particularly into the Memorial area, where she is a long-time resident, and the Energy and Western Corridors. Joann also enjoys significant business in Galveston’s West Beach where her family has a second home.

A long time resident of the Memorial area, Joann has lived in the Cayman Islands and Europe. She is married and the mother of two grown children. Over the years, she has been an active volunteer with Frostwood and Bunker Hill Elementary Schools, Memorial Middle and Memorial High schools, Spring Branch Independent School District activities, St. Cecilia Catholic Church, Fonn Villas Home Owners Association, VICTORY/American Cancer Society, and neighborhood sports groups. Joann’s interests include scuba diving, cruising and world travel.

Listings by Joann Lammons & Prior Sales 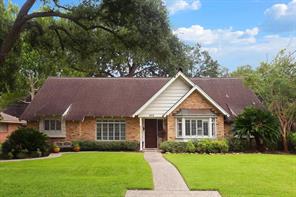