“It’s not about selling one house; it’s about building relationships.” Jay Monroe’s business philosophy keeps his clients coming back year after year. For Jay, it’s not over after the closing. He’s his clients’ Realtor for life, having had as many as five transactions with some clients.

With sales exceeding $467 million since his career began in 1992, Jay is a consistent top producer and member of the highly coveted Martha Turner Sotheby's International Realty Circle of Excellence and the Circle of Excellence Hall of Fame. The Houston Business Journal named him one of Houston's Top 25 Agents in 2009, 2010, 2011, 2013, 2014, and 2015. In 2010 and 2011, The Wall Street Journal and REAL Trends included Jay among "The Thousand Top Real Estate Professionals" as one of the top 250 residential agents in the United States.

While Jay has an excellent understanding of new construction and appreciates Modern architecture, he has a passion for historic preservation. Having restored his personal River Oaks home and several other houses in the area, Jay has keen insight into what can be done to update older structures without damaging their period integrity and vintage charm.

In his free time, Jay enjoys fishing and boating in both Matagorda Bay and Lake Livingston; swimming with Master’s groups at the Houstonian and Rice University; and serving as head coach for the Cullen Dolphins, a Special Olympics swim team.

Be the first one to write about
your experience with Jay Monroe! 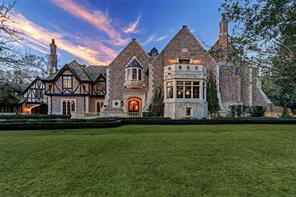 Add to calendar
Don’t see any date that fits your schedule?
Schedule a Private Tour
Ready to sell your home?
If you like this property and are also considering selling your current home, now, you may find out how. Request your home selling analysis featuring Recently Sold, Market Analysis, Home Valuations and Market Update.

Listings by Jay Monroe & Prior Sales

Download my app to check Coming Soon listings, Sold Price for nearby listings, Property History Reports and more. You will also receive email alerts when homes meet your search criteria.

Scan this QR Code with your smartphone to instantly connect with the agent Jay Monroe.

or start using my app
How much your home is worth?
Jay Monroe can help you estimate the value of your home and get an accurate estimate commonly used in the real estate market, known as a Comparative Market Analysis or "CMA"
Get your home valuation

Jay Monroe with Martha Turner Sotheby's International Realty is a real estate professional in TX. View Jay Monroe bio, Listings by Jay Monroe, Neighborhoods where Jay Monroe is active and more. You can contact Jay Monroe by clicking the button below.

Benefits of Working with a Platinum Agent

Platinum agents are empowered by the most innovative and powerful technology tools HAR offers, which are designed to enable clients with premium content, faster response time, rating and review, and many marketing tools.

You should hear from Jay soon.