David Jones is a native to Polk County. He served 8 years in the Navy attached to F-14 squadron VF-211 and TA-4 squadron VT-25 as an AME-2. Among many citation, ribbons and awards, Mr. Jones earned his Aviation Warfare Specialist Wings. After an honorable discharge, he worked for Lockheed before moving back to Polk County. He spent the next 7 years in the Logging Industry and an additional 5 years as foreman for Residential Developers. He began his career with A Action Realty in 2001 as a licensed Texas Real Estate Agent representing Residential, Commercial and Timberland property owners throughout the Lake Livingston area.Mr. Jones became a Real Estate Broker in 2015. Mr. Jones has excelled with his clients in acquisitions and disposition of residential waterfront and lake area properties. He is a Top producer in the Lake Livingston market. His extensive knowledge of Timberland's has been a great asset.In 2017 Mr. Jones joined the Evans & Associate team and continues to serve the Lake Livingston market and surrounding area's. 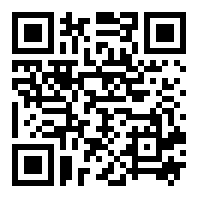 Using HAR.com App you can scan this QR Code and instantly connect with me, David Jones.

David Jones can help you estimate the value of your home and get an accurate estimate commonly used in the real estate market, known as a Comparative Market Analysis or "CMA".
Get Your Free Home Valuation

Direction
Advertisement
David Jones with Evans and Associates is a real estate professional in TX. View David Jones bio, Listings by David Jones, Neighborhoods where David Jones is active, and more. You can contact David Jones by phone, email, or visit the website.