The foundation of Walter Bering's real estate career is rooted firmly in Houston's history. In the 1840's, two Bering brothers emigrated to Texas from Germany. After arriving in Galveston, they boarded a sloop and sailed up the bayou to Houston from where they intended to take an oxcart west to Llano County.

The story goes, laughs Walter, that either the wagon broke or the ox did not understand German, so the family settled in Houston. Whatever the reason, it was a fortuitous beginning. Six generations later, Walter has emerged as a commanding presence in the Houston luxury real estate market.

Eyeing prime real estate is a Bering family trait. After establishing in Houston, the Berings paid 50 cents an acre for a large tract of prairie along Buffalo Bayou which they cultivated as their family farm. Today, that tract is bordered by Westheimer Road, Sage Road, the Bering ditch, and Soldiers Creek (just south of Interstate Highway 10). Over 100-plus years, successive generations of Berings developed the property to create many of the neighborhoods in close-in Memorial and several sections of Tanglewood, areas that have appreciated from 50 cents an acre to multi-million-dollar parcels and luxury homes.

At the pinnacle of a solid career spanning 42 years, Walter is a star member of the Martha Turner Sotheby's International Realty Circle of Excellence. Honored as the company's #1 producer on six occasions - 2007, 2011, 2013, 2017, 2019, and 2020 he is firmly ensconced in the MTSIR Hall of Fame. In addition, the Houston Business Journal tips its hat to Walter year after year for his top-tier volume of closed sales and participation in record-breaking home sale transactions.

Walter began his career at age 14 mowing lawns for Bering Realty Corporation, the brokerage founded by his grandfather and father. I learned my first telephone skills when the office telephones rolled over to our house after hours, he says. By age 16, Walter needed gas money and was hired as BRC's sanitation engineer (janitor). After graduation from Tulane University in 1979, Walter officially joined the family firm as a Realtor, quickly becoming a top sales agent as well as the office manager, relocation director, and, eventually, the designated broker. That German work ethic has not skipped a generation.

Be the first one to write about
your experience with Walter Bering! 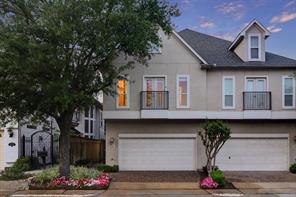 5506 Hidalgo Street
Houston, TX 77056
Sunday, Oct 2, 2022
11:00 AM - 02:00 PM
See More
Share
Add to Calender
Days
6
Hours
10
Minutes
20
Remind me when this Open House is set to begin.
Ready to sell your home?
If you like this property and are also considering selling your current home, now, you may find out how. Request your home selling analysis featuring Recently Sold, Market Analysis, Home Valuations and Market Update.

Listings by Walter Bering & Prior Sales

Download my app to check Coming Soon listings, Sold Price for nearby listings, Property History Reports and more. You will also receive email alerts when homes meet your search criteria.

Scan this QR Code with your smartphone to instantly connect with the agent Walter Bering.

or start using my app
How much your home is worth?
Walter Bering can help you estimate the value of your home and get an accurate estimate commonly used in the real estate market, known as a Comparative Market Analysis or "CMA"
Get your home valuation

Benefits of Working with a Platinum Agent

Platinum agents are empowered by the most innovative and powerful technology tools HAR offers, which are designed to enable clients with premium content, faster response time, rating and review, and many marketing tools.

You should hear from Walter soon.