Victoria is a 3rd generation realtor and has always had a passion for real estate. You can say its in her blood. Her grandmother owned Century 21 Greystone for over fifteen years where Victoria would often work during the summers. After her grandmothers passing in 2008 her mother took over the brokerage firm and renamed it Lonestar Realty.

Victoria attended Southwestern Assembly of God University specializing in business administration. After returning home from college she decided to get out from under her families wing with great success.

In 2001 Victoria went to work for a commercial security firm as the Human Resource Manager where she oversaw over one hundred employees and managed three direct reports. Her specialty was Employee Relations, Benefits, and Training.

In December of 2008 Victoria was hired on at a Adobe Equipment, a heavy construction equipment company, as the Human Resources Director. Here she built the entire human resources department from scratch. During her tenure she oversaw over 380 employees in 9 different locations, and managed three direct reports. Victoria provided leadership, consultation and strategic direction. After five years with the company the owners decided to sell for a substantial gain. One of the reasons being how well the company was operated.

While employed at Adobe Victoria met Bryan Upton who rekindled her passion for Real Estate. She decided the time was right to take the skills she learned in the human resources field and apply them to the family business.

Victoria has two boys, ages 13 and 20. She enjoys going out to dinner and trying out different restaurants around town. . . especially Italian. She stays in shape by playing Tennis, running and doing pilates. 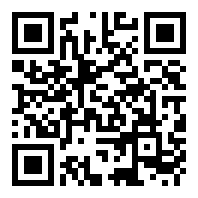 Using HAR.com App you can scan this QR Code and instantly connect with me, Victoria Upton.

Victoria Upton can help you estimate the value of your home and get an accurate estimate commonly used in the real estate market, known as a Comparative Market Analysis or "CMA".
Get Your Free Home Valuation

Listings by Victoria Upton & Prior Sales