Terry Jeanes, a native Houstonian, has an extensive background and network connecting her to many in Houston. Graduating with a University of Houston BBA-Marketing (1983), she immediately began as a Realtor. Her production awards span local, state, and regional sectors with Century 21 and RE/MAX. In addition to her top-ranking status, Terry has been recognized by the Houston Association of Realtors with the Progressive Professional Award and HAR Presidential Citations. Her career designations include Accredited Buyer Representative, Certified Residential Specialist, Graduate of the Realtors Institute, and the REMAX Lifetime Achievement Award. Being a Go Giver & a Go Getter, Terry has an unending commitment to community; Seeing herself as a REALTOR, a Connector, and a Catalyst. She has volunteered in the Garden Oaks area since 1981, with Houston Livestock Show & Rodeo as a Lifetime Member volunteer since 1996, and a supporter of the Greater Heights Chamber of Commerce since 1985. She is a motivating force behind many programs including the Garden Oaks Constable Program, a GOPHER founding member (the predecessor to Friends of Montessori at Garden Oaks Montessori Magnet), a founding member of the Garden Oaks Wine Walk, and a long time underwriter/advocate for many events. Founder of the Heights POWER Network, she continues to encourage business people to reach for the stars. Terry's benchmark for success is the consistent stream of repeat and referral business she strives for daily. Terry is a mother of one, grandmother to three, and fur-baby mom to two rescue pups. A tenacious focused individual, Terry did not miss a beat during her 3.5 year breast cancer journey which began September 2016. She consistently worked during all treatments and multiple surgeries. Her "No Vacancy" mantra was an inspiration to many and the same determination during that life lesson is applied to her well-balanced personal and business life today. 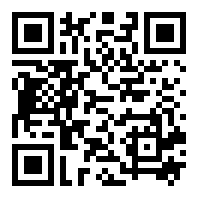 Using HAR.com App you can scan this QR Code and instantly connect with me, Terry Jeanes.

Terry Jeanes can help you estimate the value of your home and get an accurate estimate commonly used in the real estate market, known as a Comparative Market Analysis or "CMA".
Get Your Free Home Valuation

Listings by Terry Jeanes & Prior Sales 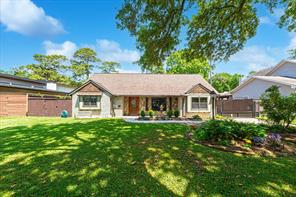 Direction
Advertisement
Terry Jeanes with Led Well Realty is a real estate professional in TX. View Terry Jeanes bio, Listings by Terry Jeanes, Neighborhoods where Terry Jeanes is active, and more. You can contact Terry Jeanes by phone, email, or visit the website.