LET US INTRODUCE OURSELVES Robyn Jones, is a Top Producing Realtor, Broker, Owner, MBA, and Licensed Attorney with 20 years' experience in Real Estate. While it appears that she could be (just maybe) a little bit of an overachiever, it turns out that her clients depend on her to use her experience in contract law to negotiate the best possible deals, points, and terms available and her MBA to analyze and interpret the marketplace, create realistic point-by-point marketing plans to showcase and sell her clients homes. In her past life, Robyn was an Entertainment Attorney and Executive for over 20 years at Paramount Pictures, Sony Pictures, Capitol Records, Polygram Records, BMG Records, and the Beverly Hills Office of the Music Law Firm of Davis Shapiro. This hands-on experience with celebrities and recording artists cemented Robyn's commitment that every client is and deserves to be the "Star" of their own transaction. We cover 3 territories, 2 of which are the top 4 largest cities in the US; because we're that good! Houston, Texas, Los Angeles, California, and Calabasas, California.

TOP PRODUCING TEAM (BOY. DO WE WORK HARD) Robyn works with a small, top performing and award-winning team, dedicated to creating an amazing experience and outcome for their clients. Their sales and production rank them in the top half of a percent (.005) in Katy and top 1.5% of Richmond. Real Trends has even ranked Robyn as #113 in sales sides and #148 in sales volume for the entire state of Texas (Yes, the whole state!).

AWARD WINNING (WE BRAG HERE, BECAUSE NO ONE AT HOME LETS US) And if that isn't enough, Robyn has been featured eight times by Texas Monthly Magazine as a Five Star Realtor, which is only awarded to the top 2% of Houston area Realtors. She has also been named one of the 100 Most Influential Agents in Houston by Real Estate Masterminds. The online community has also voted Robyn a Best of Houzz Professional for excellence in customer service and Yelp 5 Star and "People Love Us on Yelp" award (and we love them back!). Even our office had to get in on the act and get designated a Google Maps Favorite (it is a rather happy place). In her spare time, Robyn has also received the 2015, 2016, & 2017 Hall NextHome Hall of Fame Awards for sales over $25 million per year and the 2015, 2016 & 2017 Hall of Fame Awards for her high level of sales transactions for NextHome Real Estate Place and NextHome Living.

NOT ONE TO SIT ON THE SIDELINES Robyn has been a featured panelist on the Zillow Top Producer Panel and the NextHome Building a Business Panel in Nashville, as well as the NextHome Brokers Advisory Panel in 2018. Robyn has also been featured in Houston Agent Magazine 4 times, as well as Voyage Houston.

I GET IT Robyn is the daughter of an Air Force pilot and has lived in over 30 homes, which means she has a unique sensitivity to the process of moving homes. She also owns several investment properties, which has provided a rich knowledge-base for her investor clients (whether experienced or first-time investors).

SHE EVEN HAS A FAMILY Robyn and her husband Alvin have four sons and 3 grandchildren. They just got the last one out of college, which they have termed #PayRaise2018. More important than those kids and grandkids is Tank and Bella, their Bulldog and French Bulldog. Tank and Bella make the world a better place. Alvin is an avid golfer (but not a good one). Alvin denies it, but his golf bets (none of which appear to ever have been won) have provided much better lives for everyone in their golfing community. 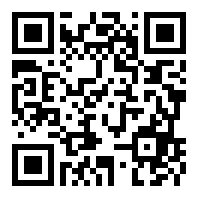 Using HAR.com App you can scan this QR Code and instantly connect with me, Robyn Jones.

Robyn Jones can help you estimate the value of your home and get an accurate estimate commonly used in the real estate market, known as a Comparative Market Analysis or "CMA".
Get Your Free Home Valuation

Listings by Robyn Jones & Prior Sales