Martha Adger is a marketer par excellence with over 30 years of experience in marketing and selling premier real estate. Soon after graduating from the University of Texas, Martha began selling high-end residential and investment properties in Houston and ranked second among a sales force of 50 real estate associates.

Her immediate success caught the attention of an international real estate firm based in New York opening an office in Houston in 1979. In New York, she became the director of real estate referral services and was responsible for managing 300 real estate brokers and support staff to assist national and international clientele in all aspects of relocation. During her tenure, the firm’s referral services client base increased from zero to 1,000, and their broker based increased from 15 to 300 worldwide. When the firm formed a network of world-wide brokers, Martha went to work for the Houston affiliate as vice president for public relations. She was responsible for all public relations activities with national and international media, including television, radio, newspapers and magazines, and served as liaison to the international broker.

Ultimately, Martha graduated to vice president and regional manager of the southwest division of the international real estate firm and was responsible for all real estate marketing activities in Texas, Louisiana, Mississippi, Oklahoma, Arkansas, New Mexico and Colorado. She increased regional listings from 2 to 30 in an 18-month period.

In 1988, Martha’s career changed direction when a new luxury gated development, Stablewood, broke ground in Houston. Martha became Stablewood’s director of sales and marketing and was responsible for shepherding all transactions from inception to close. As the subdivision became established and resales began, Martha continued as an independent Realtor, specialized in listing and selling primarily in Stablewood.

As a member of Martha Turner Sotheby's International Realty Circle of Excellence for top real estate producers, Martha Adger now sells not only Stablewood but all of Houston’s traditional high-end neighborhoods. An enviable knowledge of sophisticated marketing and high-end construction coupled with excellent business relationships with premier home builders make Martha Adger an irreplaceable asset to her many clients. 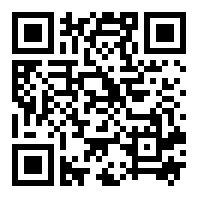 Using HAR.com App you can scan this QR Code and instantly connect with me, Martha Adger.

Martha Adger can help you estimate the value of your home and get an accurate estimate commonly used in the real estate market, known as a Comparative Market Analysis or "CMA".
Get Your Free Home Valuation

Listings by Martha Adger & Prior Sales