OVER $180 MILLION SOLD! MORE THAN 1500 HOMES IN 16 YEARS.....AND GOING STRONG !! K.C. Lam is not the ordinary Realtor you meet everyday. As a matter of fact, he is unconventional and different. He is an adventurer.

20 years ago when he was studying in Scotland, he even cycled around the Scottish Highlands with his backpack and camera. Later, he came to Eugene, Oregon to continue his education at Univ. of Oregon (UFO?) and transferred to Univ. of Houston in 1983.

He finished his accounting degree (Bachelor of Business Administration) in 1986. He earned his CPA candidate status within 1.5 years thereafter.

In 1990, after 2 years in the accounting field (as Controller of Aqua-Dyne, Inc.), he deeply felt accounting was not his career choice. Although making a mid 5 figures income at that position, and despite the economy of Houston then was at the lowest point, he plunged into real estate.

His wife and relatives all advised against such bold move, especially during that kind of economic environment. Some friends even joked that he was in his mid-life crisis prematurely. In the 1st year as a rookie, he closed 1.5 million (prorated); 2nd year, 2.7 million; 3rd year, 5.2 million; 4th year, 7.2 million; 5th year, 9.2 million; and over 10 million thereafter every year.

He has been associated with ERA franchise (different offices though) for 7 years. In the last three years with ERA, he was named the #1 agent in sales volume and unit sales in Houston for 3 consecutive years and #1 agent in Texas for 2 consecutive years. In 1997 and 1998, among all franchises, Houston Business Journal named him as #8 and #9 agent in Houston. In the last ten years, his record varies from 110-131 closed transactions each year.

K.C. founded House Sold Realty in 1997, based on one business philosophy: if you place your client's interest above yours, they will take notice and refer more business to you down the road. In one word, earn your business the old fashion way; honesty, hard work and integrity.

As a matter of fact, near 40% of K.C.'s business is from referral. Below is a summary of his credentials and achievements:

He has been named top listing agent and top producer for more than 150 times while associated with ERA-Keenan, RE/MAX-Elite and now with Re/Max Southwest.

He closed more than 10 million in sales volume every year for the last 10 years straight.

He was ranked by Houston Business Journal as #8 and #9 agent (in closed units) among all franchises in 1997 and 1998. 7. In 1993, He was featured as the coverage story for Real Estate Executive magazine.

K.C. is from the East Asian culture (Hong Kong), which stresses discipline and hard working. He also had his university education in USA, which stress openness, honesty and marketing. Combined the strength of these two cultures has yielded many performance and consistent results as it shows in the past records. It also offers you extra exposure for your property in the Asian community. Call him now for all your real estate needs.

Benefit to using KC as your listing agent

Only Realtor / Agent that offers to sell YOUR property within 100-days or he'll buy it! (Written Guarantee)

FREE use of moving vehicle

Doesn't just rely on yard sign and/or MLS - actively markets your property in other media avenues! 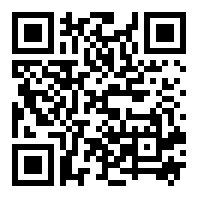 Using HAR.com App you can scan this QR Code and instantly connect with me, K.C. Lam.

K.C. Lam can help you estimate the value of your home and get an accurate estimate commonly used in the real estate market, known as a Comparative Market Analysis or "CMA".
Get Your Free Home Valuation

Listings by K.C. Lam & Prior Sales 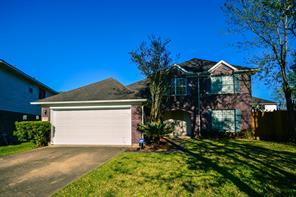 Direction
Advertisement
K.C. Lam with RE/MAX Southwest is a real estate professional in TX. View K.C. Lam bio, Listings by K.C. Lam, Neighborhoods where K.C. Lam is active and more. You can contact K.C. Lam by phone, email or visit the website.