John started out as a loan officer in 1998 and quickly learned the entire buying and selling process which encouraged a career in real estate as a licensed Realtor just two years later. John also became a licensed mortgage broker, trained new loan officers, processors and launched J. Romar Funding while finishing as the top producing real estate agent three years straight with one of the largest firms in Houston at the time (Lege' Properties) 2002, 2003 and 2004. In 2005, John became a licensed real estate broker and launched 24 Hour Properties, Realtors where he's assisted all sorts of professionals, sellers, buyers and commercial property clients.

John earned a nickname from another friendly top producing broker as "The Broker To The Stars" because of several celebrities and other well known named clients that John represented. In 2005, 24 Hour Properties, DFW was opened as an additional location to extend services to North Texas clients. That's when John went all out for new customers, he purchased a stretch limousine to make home tours, closings and and the whole process first class and convenient for all. As the days of realty has evolved into a mobile and electronic world, so has John and 24 Hour Properties. He's able to send conduct and communicate the entire real estate transaction to your mobile device of choice including electronic signatures with security to protect all parties. He's helped with investment properties to mul 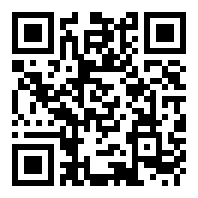 Using HAR.com App you can scan this QR Code and instantly connect with me, John Romar III.

John Romar III can help you estimate the value of your home and get an accurate estimate commonly used in the real estate market, known as a Comparative Market Analysis or "CMA".
Get Your Free Home Valuation

View All My Recent Showings