Hedley Karpas moved with his family from Pretoria, South Africa to Houston, Texas in 1980. Hedley attended The University of Texas in Austin where he studied business management and was a member of Sigma Alpha Mu fraternity. In his second year of school, he received his real estate license and began selling residential real estate in Austin. Upon his return to Houston, Hedley continued in residential sales with a national real estate company and was consistently ranked as a top producer.

In the early 1990s, Hedley became a principal in a small boutique real estate firm in Houston. Within two years, he bought out his partners, changed the name to Karpas Properties and expanded his sales team to more than 60 full-time associates. By 2007, his company was the fourth largest independent real estate brokerage in Houston according to the Houston Business Journal.

Karpas Properties merged with fellow-independent Martha Turner Properties, now Martha Turner Sotheby's International Realty in March, 2008, allowing Hedley to return to his first love: working with clients in the purchase or sale of their homes. A dedicated top producer focused on his career, Hedley has successfully concluded hundreds of real estate transactions and is a member of the Martha Turner Sotheby's International Realty Circle of Excellence. Whether working from a set of plans with a buyer or helping a seller market and sell their home of twenty years, Hedley is a consummate professional.

Hedley married native Houstonian Leslie Schechter Karpas in 1990; together they have two children. Hedley chairs the Young Ambassadors Group and served two years on the development board for SEARCH, an organization dedicated to ending homelessness. He was vice president of The American Jewish Committee for two terms and with his wife Leslie chaired the AJC’s development committee. Leslie and Hedley have also chaired events for DIFFA, Design Industry Fighting Aids; The Nature Discovery Center; and The Jewish Federation “Men’s Night Out.” Hedley has served on the boards of The Bellaire Economic Council, Patrons for Bellaire Parks, and The Shlenker School. 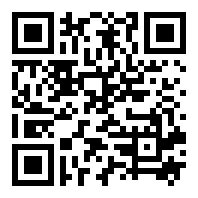 Using HAR.com App you can scan this QR Code and instantly connect with me, Hedley Karpas.

Hedley Karpas can help you estimate the value of your home and get an accurate estimate commonly used in the real estate market, known as a Comparative Market Analysis or "CMA".
Get Your Free Home Valuation

Listings by Hedley Karpas & Prior Sales