One of Houston's most recognized and respected restaurateurs, Gigi Huang independently and together with her father, James Huang, developed 8 restaurants in the course of her 38 years in the Hospitality Industry.

Her experiences in building restaurants from the ground up in the most coveted commercial retail spaces in Houston such as The Galleria, the former Saks Pavilion on Post Oak Boulevard, The Village Arcade in West University, and The Houston Club Building in Downtown Houston has provided her valuable expertise in negotiations and communications as well as property investment, finance, and working with new construction and builders. Most importantly, Gigi is known for her great "Customer Service"; hearing and understanding the customer's expectations therefore delivering a "Positive Experience" for everyone.

Gigi's father, originally from Shanghai, immigrated the family from Taiwan to United States in 1969. They settled in Houston where she graduated from Duchesne Academy of the Sacred Heart and attended the prestigious Hilton College for Hotel and Restaurant Management at the University of Houston.

After many years in Houston's restaurant community and the city's brick-and-mortar development, Gigi moved into luxury residential real estate sales with Martha Turner Sotheby's International Realty. "My understanding of business principles, customer service, and finance are of immense value to my clients. I also have something less tangible but perhaps even more important: an innate sense of elegant living and style that helps me to guide my buyers and sellers."

Gigi has an impressive resume of philanthropic service.

She has served on boards of organizations such as The St. Joseph Hospital Foundation, Executive Committee, The Houston Museum of Natural Science, The Houston Ballet Foundation, appointed by the Mayor of Houston to Downtown District Board, The Houston Parks Board and The Houston Zoo Development Corporation.

Gigi currently sits on the board of directors of The Society for the Performing Arts and The Christus Health Foundation. She serves on the advisory boards of The Monarch Institute (formerly The Monarch School) and UNICEF.

"I love giving back to this city where my family and I have been so successful. Houston has grown into an internationally cultural city" Gigi says. "For me, Houston is the future." 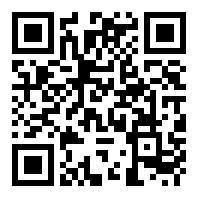 Using HAR.com App you can scan this QR Code and instantly connect with me, Gigi Huang.

Gigi Huang can help you estimate the value of your home and get an accurate estimate commonly used in the real estate market, known as a Comparative Market Analysis or "CMA".
Get Your Free Home Valuation

Listings by Gigi Huang & Prior Sales