A fourth-generation Houstonian, Cathy Cagle brings a rare combination of knowledge, skill and advocacy to her real estate business. Her dedication to her profession has placed her amongst the top of her peers for more than two decades.

Cathy’s in-depth knowledge of Houston’s neighborhoods makes her an invaluable asset to her clients. Her clientele base was built on the many referrals from past clients.

Following graduation from Texas Christian University, Cathy worked for a national campaign committee and a member of the U.S. Congress. She was involved in several political races for Texas Attorney General, United States Senate, and presidential and congressional campaigns.

In her work with political leaders, the media and contributors, Cathy developed formidable research, communication and strategizing skills. Upon returning to Houston, she worked to market Sam Houston Race Park, conducting extensive market evaluations and developing more than $1.5 million in sales.

Cathy’s long-standing community involvement includes Vice President of Communications for The Baylor College of Medicine Partnership, Board Member of The Cystic Fibrosis Foundation, Co-Vice President of Membership for the Partnership of Baylor College of Medicine, past Houston Symphony Kick-off Chairman, past Women’s Fund for Health and Education Luncheon Chair, Citizens for Animal Protection Celebrity Paws Honoree, and founding supporter of Saving Animals without Borders. She has served on the honorary committees for several organizations including the Heart Association, Houston Symphony, Houston Ballet, March of Dimes and Spay Neuter Assistance Program. In addition, Cathy is a past member of the Alexis de Tocqueville Society of The United Way. 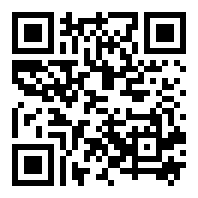 Using HAR.com App you can scan this QR Code and instantly connect with me, Cathy Cagle.

Cathy Cagle can help you estimate the value of your home and get an accurate estimate commonly used in the real estate market, known as a Comparative Market Analysis or "CMA".
Get Your Free Home Valuation

Listings by Cathy Cagle & Prior Sales