"If you are looking to buy or invest on the Island it makes sense to hire those who live here! Act like a local and Talk to Tom and Tom's Team after all, we all beleive anyone lucky enough to live by the sea is lucky enough! "

"Tom, was very energetic and very hands-on during the transaction. I look forward to working with him again in Galveston! This transaction was one for the books.
Thank you! "

Tom is well known for his passionate support of Galveston and his efforts to protect and develop what makes island life so special - the fascinating history, beautiful natural features, and the people who live here.Historic preservation and support of all the non-profits on the island have long been cornerstones of his community support. In 2020 he received an "Acts of Kindness Award" from the Texas Association of Realtors in recognition for his support of the Galveston community. In 2019 he received a Service Award from Galveston Island Nature Tourism for Outstanding Leadership. In 2018 he was awarded the Vic Pierson Award by the Galveston Chamber of Commerce and in 2017 the Chamber named him its "Community Hero" for his outstanding contribution to the community.In 2017, he was honored at a gala at the Sea Star Base which raised $50,000 for youth, adaptive and community sailing programs.A former president of the Galveston Association of REALTORS, Tom was named GAR REALTOR OF THE YEAR 2015 and served on the Texas Association of REALTORS Political Action committee as its regional representative in 2016. Locally, he is Former Chair of the Landmarks Commission for the City of Galveston and is a past President of the Galveston Historical Foundation. He is proud to have been a Paul Harris Fellow of the Galveston Island Rotary Club.In addition to selling throughout the Island representing buyers and sellers, Tom is also a successful residential and commercial leasing agent. A native of New Jersey, Tom believes anyone lucky enough to live by the sea is lucky enough! He earned his real estate license in 2003 after retiring as a Corporate Vice President of Sales and Marketing for an international home furnishings company.

Past President, Galveston Association of Realtors 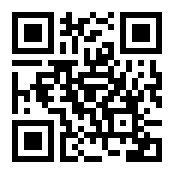 Using HAR.com App you can scan this QR Code and instantly connect with me, Thomas Schwenk.

Thomas Schwenk can help you estimate the value of your home and get an accurate estimate commonly used in the real estate market, known as a Comparative Market Analysis or "CMA".
Get Your Free Home Valuation

Listings by Thomas Schwenk & Prior Sales