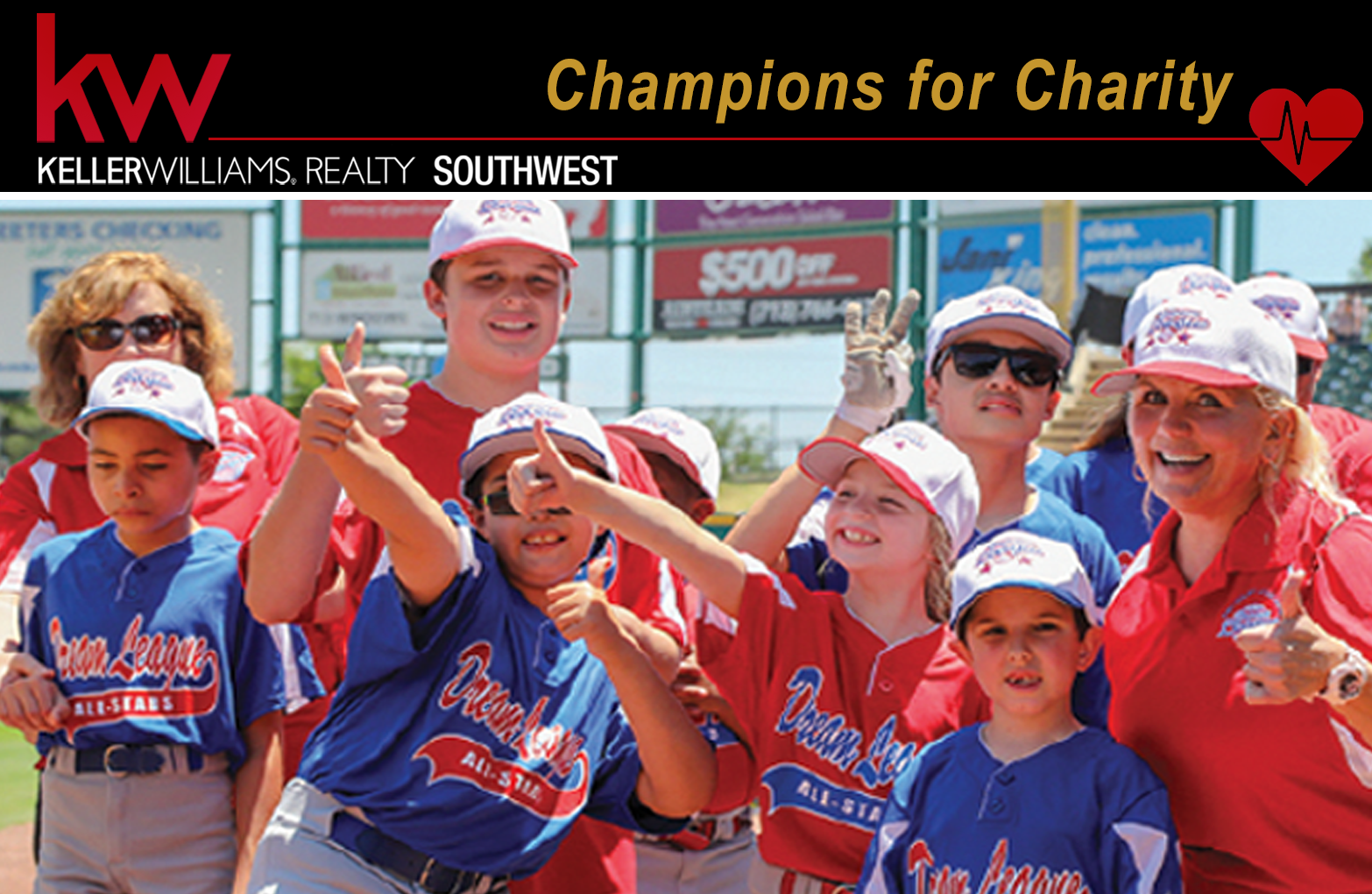 KW Southwest agent Susan Garczynski‘s journey with the Dream League began over eight years ago with her son Conner who has autism. Dream League is the Challenger division of First Colony Little League where approximately 100 physically and/or intellectually challenged players play baseball throughout the spring season. Susan has volunteered as a coach for six years. Opening day for the Dream League was February 23rd, and this season you can catch Susan along with KW Southwest agent Harry Capers coaching the Cubs!

The Champions for Charity mission: KW Southwest Agents embracing the Keller Williams philosophy by serving their clients and charitable organizations “giving where we live.” KWSW is home to more than 400 agents who embrace this philosophy of giving back. UpClose Magazine and the KWSW Facebook page will be featuring a different charity each month presented by one of the KW Southwest Champions for Charity!