"I like to connect with people at any age, whatever it might be sonically or to the depth of what they are willing to think. I like to think, and I like people to think and that often generates a connection that can be nurtured," says Stoney LaRue. As he prepares the release of Us Time, LaRue reflects on this important connection he has fostered with his fans over his 15-plus years of touring. Together, LaRue and his fans have culled together a "favorite live song set" that is dedicated to his loyal and growing fan base. LaRue is known for his real life, thinking man's music.

US TIME is a collection of songs from the native Texan who now resides in Oklahoma reflecting on his own dreams that openly shares with his longtime fans. "This project is a tribute to my fans. We have developed a strong relationship and I appreciate all of them," says LaRue. " Together, we have built a compilation of fan favorites from the live shows that reflect the complexion of our time together in music, it is simply our US Time, " he continues. This sentiment rings even louderafter LaRue took a hiatus from touring this summer to re-center his life that seemed to be lost.

LaRue says, "Being able to record such timeless songs as "Empty Glass," "Into the Mystic" and "Wichita Lineman" aside some of original tunes, all selected by my fans make me feel validated as an artist and hopefully it gives the fans exactly what they are looking for."

Being able to connect with fans the way we can today is mind blowing to LaRue. When this journey started over 15 years ago, communication was restricted mainly to the stage, written letters and before show meet and greets. Today's instant social media connection is what helped generate this collection of songs. "I just kept a list of songs that fans would either request via Twitter and Facebook or yell to me on stage," says LaRue. "Us Time is a very collaborative effort with them. Also, having RS Fields as the producer on this project was a good call. This is our first time working together and he totally nailed the production and we totally were in sync on how it should sound. I am very happy with the end result, it feels live and it feels real, and that is what music is all about," he continued.

Independently charged, LaRue has sold over 300,000 records over his career and plays 200-plus shows a year. His songs have seen the top of the charts, most recently his hit "Golden Shackles" from his eOne Music debut, Aviator, in 2014.

Event details may change at any time, always check with the event organizer when planning to attend this event or purchase tickets.

All Homes for Sale Nearby
Advertisement 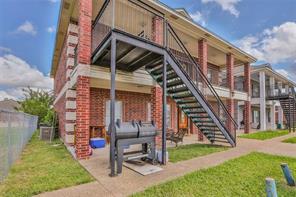 All Homes for Rent Nearby