Many of today’s window coverings are more than pretty--the shades, shutters, blinds, and films currently on the market offer homeowners a variety of sunning and shading options that make a room look nice while giving your heating and cooling bills an extremely green makeover.

Many energy-efficient window coverings have insulating values of R-2 to R-4, effectively doubling the insulating value of a standard, premium vinyl window with double-pane glass and a low-E coating. An average house featuring 15 windows outfitted with energy-efficient window coverings can achieve an annual energy savings of $150. Expect payback in about 15 years.

Related: The Smart, Low-Cost Way to Reduce Your Energy Bills

Here's a guide to different types of window treatments:

If you’d like to combine privacy and energy efficiency, honeycomb shades are a good choice. These shades feature a layered design that traps air in individual cells. Because inert air is a poor conductor of heat, a honeycomb shade creates an effective temperature-transfer barrier between the window and the room.

Ann Werner, sales team supervisor for Houston-based Blinds.com, says a double-pleated honeycomb shade prevents energy loss as efficiently as a ?-inch sheet of rigid foam insulation. Most honeycomb shades have R-values between R-2 and R-5, although some manufacturers claim up to R-7.8.

The main drawback to most honeycombs and other energy-efficient shade systems is that when the shades are down and insulating your house, they’re also blocking light and preventing you from seeing out. One solution is to purchase translucent shades that let light in. But Werner cautions that if you go that route and turn on interior lights at night, the whole world will see the inside of your home as if you had no shades at all. She recommends using drapes to provide privacy when interior lights are on.

Both wood and vinyl plantation shutters act as effective insulators, although wood is slightly better at resisting temperature conductivity. Because the shutters fit tightly in window frames, they also block the transfer of heat through air movement or convection, creating a barrier between outside temperatures and your home’s interior.

Purchase plantation-style shutters off the shelf, or custom-fitted. Expect to pay $165-$375 to fit a standard 3x5 window with off-the-shelf shutters. Double that price for custom work, such as fitting an arch-top window.

Homeowners usually think about drapes as interior decor statements. But Toni Prencipe Korby, a Centreville, Va., interior designer who specializes in window coverings, says the flowing fabric is a great option when you’re looking to up your energy-efficiency quotient.

Look for drapes with lining and interlining--blackout lining protects from summer sun and heat, while thermally lined drapes (which have interlining made of thick flannel or other heavy material) shut out the cold. Homeowners in climates that don't often dip below freezing can skip the interlining and save a bit of money, since the drapes and lining alone should insulate effectively.

Like shades and shutters, draperies are only efficient when they’re closed. However, if they’re used in conjunction with another window covering, such as a honeycomb shade or a wood blind, you can let sun in during daylight hours and effectively shut out colder air at night. When fully closed, the R-values of thermally lined drapes range from R-3 to R-5, depending on the type of fabric and the thickness of the lining and interlining.

To maximize energy efficiency, Korby recommends floor-to-ceiling drapes that fold back against the wall. This allows the drapes to seal off the window, preventing drafts and loss of heat through convection.

The price of energy-efficient drapes varies widely, depending on the quality of the fabric and construction. For a basic, off-the-shelf 36x60 panel, which would fit a 3x5 window, prices range from $100 to $140 without lining or interlining. Expect to pay 20% more for lined draperies, and 25% more for those with both lining and interlining.

Window films are sheets of self-adhering plastic that are applied directly to window glass. Some films add decorative touches, such as a crackled finish or the appearance of stained glass. Others are designed specifically to block heat transfer and solar gain, and may qualify for energy-efficiency tax credits. A few varieties of insulating films also come with options like mirror effects and privacy tinting.

Related: Window Film That Adds a Touch of Pizzazz

Insulating window films are most effective at blocking certain wavelengths of sunlight--reducing solar heat gain by as much as 70%. That makes them especially useful in warm, sunny regions such as the southwestern U.S., and for south- or west-facing windows. Films also block up to 95% of ultraviolet light, significantly reducing fading of fabrics and carpets caused by exposure to sunlight.

Insulating films also prevent interior heat from being lost through windows to the outside—stopping as much as 50% of radiant heat transfer. However, unlike other window coverings that cover window frames and block thermal convection around the whole opening, window films are only effective against temperature transfer on the glass itself.

When choosing energy-saving window films, you’ll find several options in tinting, mirror effect, and scratch-resistance. Lower-end films cost around $25 for a 3x5 window, but peeling and scratching may be problems. The best films cost around $150 per window and will offer scratch resistance, good solar heat reflectivity, glare reduction, and excellent visibility.

Applying window film to all but the largest windows is a DIY project, so there’s no additional installation costs. Window films are a good option for renters in situations where replacing inefficient windows may not be feasible.

Alyson McNutt English writes regularly about home improvement, decorating, and “green home” tips; her work has appeared in magazines like Pregnancy, Kiwi, and Parenting and on many websites, including BobVila.com and HGTV.com. 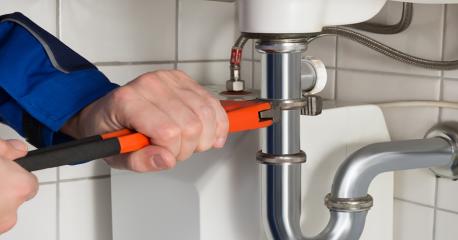 The 7 Most-Needed Repair Tips Every Homeowner Should Know 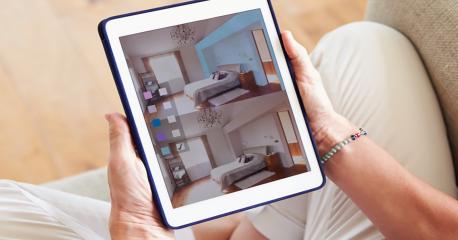 6 Favorite Home Improvement Apps for the iPad, iPhone and iPod 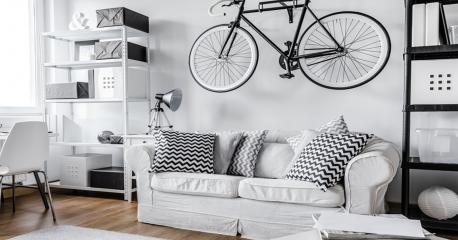 5 Spaces That Predict the Future of Urban Housing. 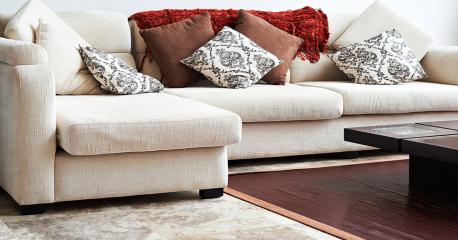 IKEA Studied Americans at Home. Here's What It Found.