Storms can be sudden and frightening events that leave people and homes devastated in their wake. September is the most active month for hurricanes, which can affect any place in the world that has a coastline. But the U.S. attracts more tornados than any other country, with an average of 1,000 tornadoes per year. About 150 tornadoes can form in September alone.

Although the U.S. has been spared from extensive hurricane damage so far this year, Hurricane Igor recently battered Mexico, Bermuda, and parts of Canada, leaving a trail of flooding and property damage as well as felled trees and power lines. One hard-hit region was the eastern Island of Newfoundland, where properties sustained serious damage.

But the property damage pales in comparison to the losses of life. One 80-year-old resident died when the road he was on collapsed and waves swept him to sea.

Unlike hurricanes, which are limited to the Atlantic Ocean and its coastal areas, tornadoes can happen anywhere, which New York City recently experienced. On Thursday, September 16, at least two tornadoes tore through Brooklyn and Queens, costing millions in property damage and killing one person.

In addition to uprooted trees, destroyed cars, and damaged homes, a Flushing church lost its entire bell tower. As pastor Ted Chase explained to The Daily News, “The tower didn’t just topple. The steeple was picked up and thrown across the street. I’ve never seen anything like it.” The 156-year-old Gothic church suffered incredible damage. But fortunately, no one was injured in the incident.

While there’s not much that can be done to prepare for these unpredictable funnels of wind, ensuring your home is well-maintained can help it withstand the fierce winds.

Inspect your roof: Your roof takes the brunt of tornado winds, which can reach as high as 300 mph and tear off loose shingles. So set aside one day a year to inspect your roof. Begin by checking the surface of your roof, either on the roof itself or from the ground with binoculars. If heights aren’t your thing, you can hire a professional roof inspector for about $175.

Emergency preparedness kit: To be ready for a tornado (and most other natural disasters) it’s vital to keep an accessible emergency kit in your home. Be sure to stock it with important papers and documents, food, water, and a number of household items like a flashlight, plastic sheeting, and a radio.

Know your local warning system: Every municipality has a method for disseminating tornado warnings. Be sure you know your particular system so that you can get to the safest place possible in the shortest amount of time. Another helpful resource is the NOAA weather radio system, which is ready to broadcast emergency alerts 24 hours a say, seven days a week.

Safe room: Though your living arrangements might not be conducive to an underground tornado shelter, it’s good to designate an easily accessible place as your safe room. This room is usually the lowest point of your home. If you don’t have a basement, identify an area in the center of your residence that is the furthest from windows or doors with as many walls separating you as possible.

Unlike tornadoes, homeowners have time to prepare against hurricane damage. Weather forecasters can give residents of seaside locales days notice and officials can effectively vacate areas expected to be the worst hit. Before you head inland, here are some ways to prepare your home.

Hurricane film: Clear plastic film is a popular and unobtrusive precaution that could prevent shards of glass from shooting into your home from heavy winds. It can be left in place year-round and many homeowners like the fact that the film blocks ultraviolet light, which can fade carpets and fabric. However, it does nothing to prevent wind from blowing in the entire window frame.

Plywood: An effective and inexpensive option for covering windows, plywood is $1 to $2 per square foot, though a contractor might charge between $3 and $5 per square foot. Select boards that are 5/8-inch thick and approximately eight inches larger on each side than the opening. Use heavy-duty screws and anchors (in wood) or expansion bolts (in masonry) to attach the plywood to the home’s walls (not the window frames). Don’t wait to make your plywood covers when you know a hurricane is coming. Supplies can be hard to get when a storm is imminent. Make yours when the weather’s nice, and you’ll be able to put them up in a jiffy when a storm heads your way.

Storm windows and doors: Storm doors and windows go a long way toward preventing frame breakage during violent weather. They’re also a good way to increase your home’s energy efficiency. As long as the windows and doors meet efficiency standards, homeowners can earn a tax credit worth up to $500. Roll-up or accordion storm shutters also can be attached to a house, which makes them easier to deploy than plywood. All you have to do is pull the shutters into place before a storm. Depending on styles and materials, expect to spend anywhere from $10 to $50 per square foot for professional installation.


Any type of severe storm

No matter the classification of storm, high winds, hail, and heavy rain can do real damage. Here are a few tips to keep in mind, whether you live in tornado alley or the Gulf Coast.

Trim tree branches: As homeowners across the country learn every year, trees can pose enormous threats to themselves and their property. They are often the first things to fall and create havoc on their way down. Be sure to remove weak or sickly trees, and take special care to check your municipality’s restrictions regarding historic neighborhoods and trees near power lines.

High-impact glass: This glass is meant to withstand a battering by wind, rain, and hail. They are typically made up of two panes of tempered glass separated by a plastic film. What’s best, they look like standard windows and are always in place. Expect to pay as much as $50 per square foot for single-glazed impact glass and $70 per square foot for double-glazed glass. As a bonus, they’re always in place.

Insurance: Damage caused by falling rain is often covered by homeowners insurance policies. But if you live in an area where heavy rains can lead to flooding and hurricanes are concern, it could be worth it to invest in flood or hurricane insurance. 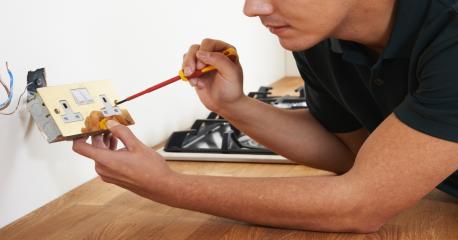 The Value of Whole-House Surge Protectors 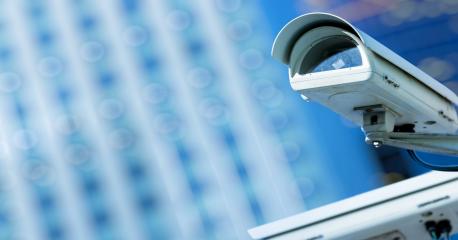 Home Security Cameras: Peace of Mind While You're Away 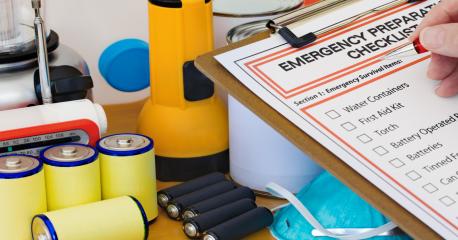 Give Your Community the Gift of Emergency Preparedness 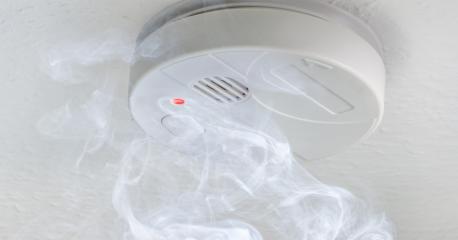 Extinguish Your Chance of a House Fire