You’ve done it. You own a house with a yard. The great outdoors. Amber waves of grain. OK, maybe not grain, and ideally you want it green, not amber.

But now that you have it, how do you keep from screwing it up? By avoiding a few common gaffes that landscaping experts say new homeowners make waaay too often.

“They end up buying the wrong fertilizer, they have no clue what weed killer is, they kill their entire lawn, they kill their bushes — and then they call me,” says Dean Granat, who runs D&D Landscape & Sprinkler Services Inc. in Buffalo Grove, Ill.

Here’s what the pros say newbie homeowners often do wrong with their lawns and yards:

Peter and Leah Lenz, two bright, educated people (data scientist and attorney) were thrilled when they bought their Westchester County, N.Y., home — only to have their lawn undone by a little bugger known as the Japanese beetle.

“When we looked at the house originally, we weren’t even looking at the yard because it was March, and it was covered with snow,” says Peter. “But when we moved in, we noticed the previous owners had patched holes where the beetles had already hit.”

Once Peter identified the problem, he launched “full-out chemical warfare.”

Sadly, he did not read — nor heed — the instructions for his “weapons,” and the beetles won the first round.

Today the lawn is lush and green thanks to the proper use of anti-beetle products the second time around. “I smile when I see the backyard,” Peter says.

The No. 1 problem new homeowners have with fertilizer, says Eric Groft of the landscaping firm Oehme van Sweden, is overdoing it.

“Instead of putting in the correct amount of fertilizer, they put in more — and more is not more.”

Too much fertilizer adversely affects plant growth, can burn and even kill grass and plants. And, if it runs off into waterways, can cause toxic algae bloom.

To avoid those awful outcomes, prep and apply fertilizer with care. Use only the amount of recommended fertilizer — or less.

And don’t skip a single prep step. Most powdered or liquid fertilizers need to be mixed with water.

Timing is important, too. Different species of grass have different needs. Warm-season grasses (Bermuda and St. Augustine) need to be fed when temperatures are warm. Late spring is usually good. Cool-season grasses (Kentucky bluegrass and tall fescue) prefer feeding in cooler temps, such as late fall, but before frost sets in.

Brown and dry, dehydrated grass is ugly. it invites weeds to set up squatting rights. But it’s not just about the ugly.

“If you’re thinking about a future resale, a good lawn is what gets people in the front door,” says Valerie Blake, a REALTOR® in Washington, D.C. A sad lawn just turns them away.

But novice homeowners often think watering a little bit here and a little bit there will suffice. If the grass is wet, it’s watered, right?

Not quite. It’s really a matter of how moist the soil is underneath. Ideally, you want the soil to be moist 6 inches deep.

Here’s how to make sure your lawn gets enough water:

How often should you turn on the sprinklers? Do your homework, and, if the Joneses do in fact have a beautiful lawn, note how often they water and follow suit. (We won’t tell.)

If mowing isn’t your idea of weekend fun, you might be tempted to skip a round or two by cutting the grass extra short.

And while cutting the grass shorter may save you from mowing so often, it ends up starving the plant, as sunlight is collected via the leaves. Hello, brown lawn.

“Grass should never be cut lower than two and a half to three inches,” says Granat.

“People will buy weed killer thinking it’s for dandelions and clover and will spray it over their whole yard,” Granat says.

“I had a customer who sprayed his whole lawn with weed killer. It killed everything and cost $8,000 to resod the lawn.”

So, only use the weed killer on small, isolated areas, OK? Non-chemical solutions work, too, such as pulling weeds out by hand or dousing them with boiling water.

But prevention is best. Smother them with mulch (add newspapers for an extra layer of protection) before they can take root.

Out-of-control bushes can block windows and give insects (and burglars!) a direct path into the house. The solution? Cut them back.

But know where to cut. “Don’t saw it off in the middle of the branch,” says Groft. And don’t cut it flush with the trunk either.

You want to leave the “branch collar” — usually a small bump where the trunk and branch come together.

That bump contains special cells to help a tree or shrub recover from its wounds. Leaving the branch too long or cutting it too short prevents the branch collar from doing its job, which means instead of losing a branch or two, you could lose the entire tree or bush.

#7 Putting Plants Too Close Together

Impatience is really the culprit here. You want a lush yard fast. So you buy more plants and plant them closer together.

That’s a costly mistake. First, you’re buying plants you don’t need. And second, those plants will lose their looks really soon — or even die.

By planting bushes, shrubs, trees, annuals, or perennials closely together, you’re not giving them room to grow. And you’re forcing them to compete with each other for sunshine and nutrients in the soil. You won’t be happy with those results.

Nurseries usually include recommendations on how far apart to plant, but to give you an idea, here are a couple of guidelines:

It’s also OK to remove existing plants you don’t like. “If you have 30-year-old evergreens crowding a walkway, don’t be afraid to be subtractive,” Groft encourages.

#8 Letting Your Pet Urinate Wherever

It’s so tempting to let Fido go where and whenever he feels like it. But after awhile, you’ll notice yellow grass. Then dead grass. And that bush you planted a couple of months ago? Yeah, it’s half dead, too. They’re being burned alive by your dog’s urine. Not good.

But there are things you can do, such as training Fido to go in one special area. You could even make it a spot without any grass to kill at all.“I’m starting to install a lot of dog runs for people. They’re all fenced in and we use some kind of stone on the surface,” Granat says.

Scott Sowers is a freelance writer and independent producer based in Washington, D.C. He writes and creates content about architecture, design, real estate, energy, technology and the automotive industry. His work appears in "The Washington Post," "The New York Times," and "Home & Design Magazine". 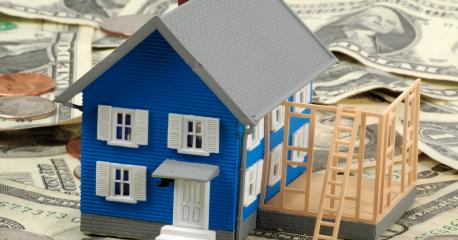 Getting the Greatest Value Out of Home Remodeling 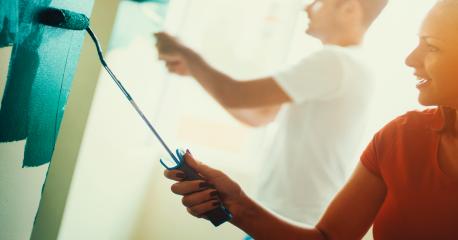 How to Decide Whether You Should Remodel or Move 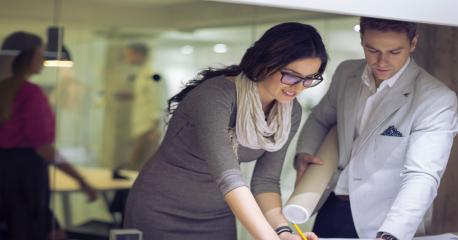 How to Find an Interior Designer Within Your Budget 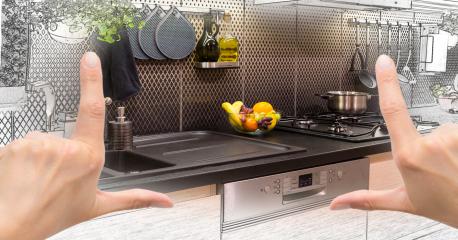 A Minor Kitchen Remodel Can Yield Major Return on Investment