Johnny Pack is a second generation home builder beginning his 40th year of selling, building, and marketing new homes. Johnny has spent a great portion of his career in the production side of home building industry. He began his career as a new home salesperson before he later became VP of sales and marketing, and eventually Division President, company president, and managing general partner.

Johnny has developed sales and marketing plans that increased traffic and dramatically increased sales. He has developed and implemented customer service programs that help set records for customer satisfaction of over 98.%. He has developed, written and presented sales training programs, devised and managed comprehensive Realtor programs, and been instrumental in companies increasing sales volume, market share, and profitability. 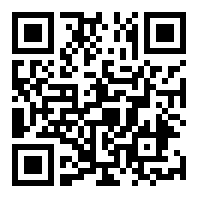 Using HAR.com App you can scan this QR Code and instantly connect with me, Johnny Pack.

Johnny Pack can help you estimate the value of your home and get an accurate estimate commonly used in the real estate market, known as a Comparative Market Analysis or "CMA".
Get Your Free Home Valuation

Direction
Advertisement
Johnny Pack with Tejas Associates is a real estate professional in TX. View Johnny Pack bio, Listings by Johnny Pack, Neighborhoods where Johnny Pack is active and more. You can contact Johnny Pack by phone, email or visit the website.