91 Completed Surveys
Ratings are based on Competency, Market Knowledge, Communication and Overall Experience

Originally from Denver, Jack Swonson is the son of an Air Force pilot who grew up all over the US and around the world. After college, Jack followed his dreams and his father's footsteps, becoming an officer and F-16 fighter pilot in the US Air Force. Jack served 21 years with assignments in England, Germany, Korea, as well as multiple stops in the US. In 2000 he transferred to the Texas Air National Guard at Ellington Field, where he flew F-16s until he retired in 2006. He flew combat missions during four different deployments and served as the Air Operations Center commander in Bosnia.

After the US Air Force, Jack wanted a hands-on career where he directly and positively impacts people's lives. He wanted to use the critical skills developed in his military career — building strong relationships, project management expertise, technology — to help his clients. He enjoys a hands-on approach with every client and strives to provide elite customer service. Jack's work ethic and devotion to know and understand each client's desires helps exceed their expectations when finding their dream home. He works from the minute he wakes until his client's needs are addressed at the end of the day. It has become a way of life and his passion. He knows the Houston market, the tools available, and developed processes to be a leader in the industry. Jack earned Master Certified Negotiations Expert for his client's benefit. Since his first year in 2013, he has been recognized as a Top Producer in the industry, and has continued ever since. In 2016 he obtained his Broker's license.

One of Jack's passions is skiing! He has been on skies for over 50 years now. He's raced, instructed, and skied all around the United States and Europe. As a Sotheby's International Realty agent, he realized Sotheby's has offices in many of the best resorts. Jack personally established a dedicated team of knowledgeable, established sales agents from 18 of these resorts across America and Canada. Jack spearheaded this effort to provide Houston with the best network of mountain resort expertise when they travel to their favorite vacation destinations.

Jack is married to Kelly, and they have two daughters, Emma and Bethany. He is an avid sports fan, actively plays golf, works out, and makes time to ski and sail. Jack was appointed Chapter President of Chaine des Rotisseurs (an international food and wine club) from 2017 thru 2020. He is an active member of his church and the local arts community. 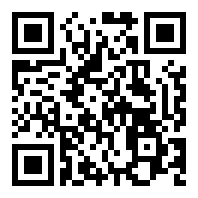 Using HAR.com App you can scan this QR Code and instantly connect with me, Jack Swonson.

Jack Swonson can help you estimate the value of your home and get an accurate estimate commonly used in the real estate market, known as a Comparative Market Analysis or "CMA".
Get Your Free Home Valuation