Home (noun): 1) The physical structure within which one lives. 2) A place of origin. 3) A valued, congenial environment regarded as a refuge; "home is where the heart is."

It's often been said that a home is a person's greatest investment. But everyone knows that a home is much more than that. It's a sanctuary, a place where memories are made, a place to unwind from the stresses of the outside world. That's why selling or buying a home is unlike any other transaction. And that's why I take my role in helping you buy or sell so seriously.

I learned how important a Realtor is in the process while searching for my first home years ago. After a first outing to look at houses, the agent marched my husband and I into his office to demand that we make an offer on one of the three we had seen. Otherwise, he told us, we'd be wasting his time, since these were the best we could afford as first-time buyers.

We moved out of the area and lost touch with JoAnn. But she served as an inspiration to me when I became a Realtor myself in 2009.

Like JoAnn, I put the needs of my client first. I place a premium on honesty and integrity and never say something I don't believe just to get someone's business. I pay close attention to all the little details involved in a transaction and confess that I can be a worrier at times. I'd rather anticipate a problem and work to ward it off than be caught by surprise at the last moment by something that could potentially kill the deal.

I'm a longtime Houston-area resident with a BA in communication. Skills honed during years of professional writing and editing experience mean I can make the listing of your home shine and communicate effectively with the title company, the lender, the appraiser, the other agent, and anyone else involved in the transaction.

I learned years ago that not all real estate agents are created equal. If you're thinking of selling or buying, please give me a call or shoot me an email or text. I'd love to help you! 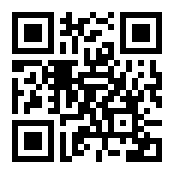 Using HAR.com App you can scan this QR Code and instantly connect with me, Darlene Stinson.

Darlene Stinson can help you estimate the value of your home and get an accurate estimate commonly used in the real estate market, known as a Comparative Market Analysis or "CMA".
Get Your Free Home Valuation

View All My Recent Showings

1
Bronze Level   |   Learn more
Darlene Stinson
How to I determine the current cost per sq. ft. for homes in my subdivision?

As Judith has pointed out, there is no magic cost-per-square-foot number for your entire neighborhood that will automatically tell you what your home is worth.

That's particularly true in older neighborhoods where some owners have updated their homes to the max and others have done virtually nothing for decades. A home with granite countertops, wood floors and updated fixtures will cost more per square foot than one with old, laminate counters and worn carpeting. A neat, sparkling clean home that shows well will likely fetch more than a dirty, cluttered one. And, yes, bigger homes usually sell for a slightly lower per-square-foot cost than smaller ones in the same neighborhood.

If you're thinking of selling, ask a Realtor to tour your home and give you an analysis of its current market value. He or she can also give you some tips on things you might be able to do to get the highest price possible.

Darlene Stinson
How important is it to have a Master Bedroom on the main level in Houston for resale value? Thanks!

The majority of buyers in the Houston area do prefer to have the master bedroom on the first floor.

However, some buyers, particularly those with small children, feel uncomfortable sleeping on a different floor than their kids and WANT a second-floor master. People from some parts of the country where bedrooms are all usually located on the same floor also prefer masters on the second floor. And, as some agents have pointed out, older two-story homes even in Houston rarely have master bedrooms on the first floor.

The bottom line is, buy what you prefer. Just be aware that when it comes to reselling a home with the master on the second floor, the pool of prospective buyers may be a little smaller. That could particularly be the case if the house is a newer home in an area where there are a lot of first-floor masters. And, yes, the resale value may be little lower as well. But that should be the case for both the current seller and for you as seller down the road.

in Home Remodeling, 8 years ago

All of these are good answers. It might also be a good idea for your sister to ask the landlord about his/her criteria for selecting tenants before she fills out a lease application and pays an application fee. That way, she'll know what's important to a particular landlord and be able to address their concerns upfront.

in Affordable Housing, 8 years ago