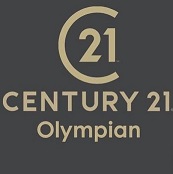 Mr. Pandu is highly talented, very friendly. Mr. Pandu knows his job and goes out of the box to help...


Shes knowledgeable about the market, she also helped me to find what I needed the most in a home plus Shes always available to answer questions no matter how dumb it may sound lol... loved to work with her and if my family decides to come to Texas I know who to call for help .... Thanks a lot for your help


Benjamin is very professional, knowledgeable and great agent. We had a smooth transaction and I enjoyed working with him .


What an impressive professional ! I have bought and sold many places and used many agents. I am licensed as well. I can tell you hands down that Ben is The. Best. In a market that is highly competitive you need an agent like Ben who has it all ! Speed, Knowledge, Charisma. He will make you feel like you are his only priority without you ever knowing how much he is juggling. So informative and his communication is never slow- never lacking. He goes above and beyond in all aspects. This is a closer. Now we see why he is so highly recommended and we are now a part of his list of satisfied clients! We couldnt be happier !


Bejamin Chin is an OUTSTANDING realtor! I would recommend Ben to family. He goes above and beyond in his work and provides exemplary customer service while doing it! From his work ethic, friendly demeanor, and years of experience in real estate. I could not ask for a better realtor! He has made our home buying experience so comfortable and (fun)! Do not look any further - Ben is the person youre looking for!

Century 21 Olympian Area Specialists, Realtors, one of Houston’s most reputable real estate companies, has become a franchised brokerage firm of the CENTURY 21 System and is now known as CENTURY 21 Olympian. We specialize in all zip codes from 77000 to 77599 Century 21 was voted the top franchise by JDPower for 2014, 2015 & 2016 for Buyers, Repeat Buyers, Sellers & Repeat Buyers. For further information, go to Century21olympian.com. Century 21 Olympian is the fastest growing Century 21 office for 2012, 2013, & 2014. We have over 120 agents in Harris, Fort Bend, Brazoria, & Montgomery Counties. Stephen G.Williams, broker/owner of CENTURY 21 Olympian. “Houston is an International City and given Century 21 Real Estate’s international connections we bring more than other companies for technology such as www.searchhoustonhomsnow.com and searchfortbendhomes.com a dedicated commitment for all our buyers, sellers, and investors. Olympian Realtors, which opened its doors in 2003, has built a solid and successful real estate firm with a reputation for high-quality customer service, and now, as CENTURY 21 Olympian, will leverage its tradition with the most recognized name in residential real estate. After competing at the 1984 Winter Olympic Games in Sarajevo, Yugoslavia, Williams turned to the coach and passing knowledge and lessons he’d learned during his athletic career, both in sport and life, to future athletes. After recognizing the similarities between skills he honed as an athlete and being a real estate professional, Stephen Williams purchased the Re/Max franchise he was working for in 2005 and disassociated from the Re/Max brand in August 2010. Today, CENTURY 21 Olympian has a team of 75 sales professionals and two of the largest Real Estate Teams in the Harris, Fort Bend, and Brazoria areas. Located at 4 locations in the Houston area, CENTURY 21 Olympian will continue to provide full-service real estate assistance. We curre 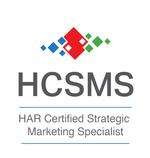