Americans do a lot of laundry -- about eight loads a week on average. Using store-bought detergent costing about 20 cents per load, that adds up to 83 per year.

If youd rather save money and spend that 83 some other way, try making your own detergent -- its a fun, easy project, and your laundry will cost only pennies per load.

Bonus: Homemade detergent smells like soap, not the artificial scents that are added to commercial detergents, so its good for people who are averse to fake scents.

But which recipe works best? Heres what we found.

All three of my homemade laundry detergent recipes did a better job of fading a mustard stain than a commercial detergent.

To test each detergent, I cut an old T-shirt into four strips and gave each strip a good smearing of mustard. Each strip was washed with a regular load of laundry, in cold water, on a normal spin cycle. I didnt pre-treat the stains.

The first rag went in a load washed with a commercial liquid detergent made by Method.

That stain is still pretty bright. I didnt expect it to come out completely -- thats a tough stain, after all -- but the detergent did little to fade it. The rest of my laundry came out perfectly clean and smelling fresh.

I easily found all the ingredients for homemade laundry detergent at my local grocery store.

5-gallon bucket with a lid

1. Using a box grater, grate the entire bar of Fels-Naptha soap. Youll end up with a pile of little soap curls

2. Pour 4 cups of water into a large pot and bring to a boil, then lower the heat until its simmering. Add the entire pile of grated soap, handful by handful, and stir with a wooden spoon until its all dissolved.

3. Pour 3 gallons of water into your bucket. (Make sure the bucket is clean first.) Pour in the borax, washing soda, and pot of soap; stir until dissolved.

4. Cover the bucket and let the mixture sit for 24 hours.

The mixture will be a little clumpy, so give it a good stir before using. The globs will dissolve in the washing machine anyway. Use 1 cup of detergent per regular-size load. Makes 52 loads.

Effectiveness: The detergent didnt get rid of the mustard stain, but it did a better job than the commercial detergent.

But the rest of my clothes are perfectly clean. Minor stains on other garments are gone, and everything smells fresh.

1. Grate the entire bar of soap using a box grater.

2. Pour the grated soap into a blender; blend until the soap is chopped finely. (You may want to blend in smaller batches.)

3. Pour the mixture into the container, and add the borax and washing soda. Mix it all together and seal tightly.

Use a heaping tablespoon of detergent per regular-sized load. Makes about 40 loads. Add the detergent as you fill the washing machine with water, before you add clothes.

Cost per load: About 10 cents

Effectiveness: The mustard stain is still very visible, and somehow some reddish spots appeared. But the rest of my clothes are still perfectly clean.

With homemade powdered detergents, its important to add detergent before adding clothes to the machine, to make sure all the detergent dissolves in the wash. If you dont, you may end up with some undissolved powder on your clothes post-wash, but itll rinse right off.

1. Grate half the Fels-Naptha soap bar, then put the grated soap into a blender or food processor and blend until its a fine powder.

2. Pour the soap into the container, then dump in all the other ingredients. Mix well.

Use 1 tablespoon per load; 2 tablespoons for extra-dirty clothes. Makes about 60 loads.

Cost per load: About 6 cents

Effectiveness: The stain is still there -- less visible than the rag that was washed with commercial detergent, but more visible than the stains from recipes 1 and 2. The addition of OxiClean doesnt seem to have made a difference.

Again, as with the other homemade detergents, the rest of my clothes are perfectly clean.

The winner is homemade detergent #1!

It caused the stain to fade the most. As for the cleanliness of my clothes in general, its a wash (pun intended). Everything came out clean and fresh, regardless of which detergent I used. Other small stains are gone, as well as any dirt or grime.

Interestingly, all three homemade detergents did a better job of fading the mustard stain than the commercial detergent. None of them got the stain all the way out, but mustard is a toughie to get out without pre-treatment. The liquid homemade detergent seems to be more effective than the two powdered recipes.So, I think Ill stick with recipe #1 for my homemade laundry detergent, but Ill also invest in a pre-treater in case I ever get attacked by a mustard bottle.

Courtney Craig is an Atlanta-based writer and editor. She believes no effort is too small when it comes to green living, which she tries to keep in mind while renovating her recently purchased first home.

If you enjoyed this post, please consider sharing it with others.
Kimla Mouton-Pihlaskari

from Kimla Mouton-Pihlaskari
You will need an open phone line
to receive this call. 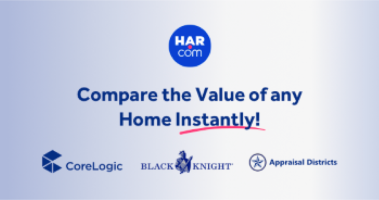 You should hear from Kimla soon.