GET STARTED
About Me

2017 marked the opening of my own brokerage firm, LaRae Whorley Realty Group! It was a phenomenal year, and now in 2021 we are 27 agents strong. Despite being a newer agency in the real estate market, the collective (230+) years of experience of the agents at LWRG, offers a high level of knowledge and professionalism to prospective clients. I look forward to the continued growth of this boutique brokerage firm.


I joined the real estate industry in 1998 establishing a client base immediately in the Magnolia area. I have been a resident of Montgomery County for 46 years, with the past 37 in Magnolia. Knowledge of the area coupled with the experience of 23+ years selling real estate makes for a winning combination!


Recognition as a Five Star Real Estate Agent in 2021, 2020, 2016, 2015, 2014, and 2012, as featured in the June publications of Texas Monthly; in those respective years, is one that I am especially proud of. The process leading to being recognized is one that relies solely on anonymous nominations from real estate industry members, such as mortgage lenders and escrow officers. It is a special honor. Additionally I am one of a rare group with this distinction for 5 or more years.

Commitment and love for my own family allows me to truly work towards assisting other families in their pursuit of locating a home! I enjoy a support system that begins with my own family which includes my husband of 37 years, Ricky, who has offered much assistance to my real estate business. Our daughter Samantha taught for 9 years in Conroe ISD and is currently a realtor with LWRG, and she and her husband Dave live in Benders Landing in Spring, with their three beautiful daughters (and our grandaughters), Juliana, Mallory, and Allison. Our daughter Meaghan is a stylist/hairdresser at Hair la Vie' Hair Salon in Magnolia, and is married to Michael. They live in Clear Creek Forest in Magnolia. Our son Garrett is married to Tandra, and works as a realtor at LWRG, and is a licensed commercial pilot. They bought a home in New Braunfels in 2020. My husband and I reside in Clear Creek Forest in Magnolia, where I have sold over 400 properties over the last 23+ years. That figure represents approximately 30% of my overall sales production. We also own a second home on Galveston island, near the seawall and the historic strand.

I have received numerous recognitions for my past real estate performance, but none of that compares to the real satisfaction I receive when placing families in the homes of their dreams!!

LaRae Whorley, a member of the Houston Association of REALTORS®, provides real estate services and real estate information.
Thanks for visiting my web site. 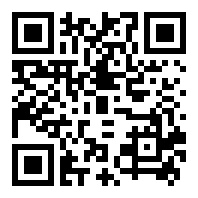 Using HAR.com App you can scan this QR Code and instantly connect with me, LaRae Whorley.