Jo Ann Stevens, REALTOR Emeritus, and holds the designations of ABR, AHWD,GRI, MRP,PMN, and SFR. She is currently a top producing agent with Lane Real Estate in Sugar Land, Texas.

Jo Ann has served the real estate community in many leadership roles including Chairman of the Fort Bend PAALS, Chairman of the HAR Fort Bend Networking Group, Chairman of the TREPAC Advisory Group and as a TREPAC Trustee. She currently serves as a Regional Vice President for Texas REALTORS and on the Executive Committee and the Board of Director for both National Women's Council of REALTORS and the National Association of REALTORS. She is also a Federal Political Coordinator for House Representative Troy Nehls. Jo Ann is a Major RPAC Investor and a President's Circle Member, and IN 2019 was inducted into the RPAC Hall of Fame.

Stevens is a third-generation Texan and graduate of the University of Houston (BBA, Marketing). She has been married to husband Ron Stevens since 1975. The couple lives in Richmond and have four children, six grandchildren, three great-grandchildren and 3 Shih Tzus pups.

Blog January 17, 2023
What Past Recessions Tell Us About the Housing Market
It doesn't matter if you're someone who closely follows the economy or not, chances are you've heard whispers of an upcoming recession. Economic conditions are determined by a broad range of factors, so rather than explaining them each i read more...
Visit My Blog 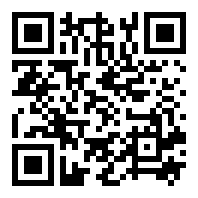